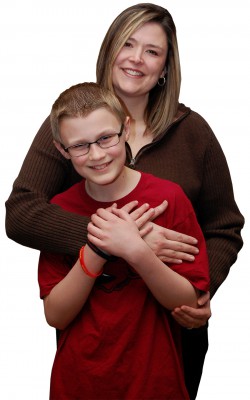 Brandon Townsend, pictured here with his mom Nikole, received several transfusions as he fought off cancer in 2014.

It started as a small twinge in 10-year-old Brandon Townsend’s back. “We were tossing the football around and it started hurting like I had pulled a muscle or something,” the Neosho, Missouri, resident recalled. Over the next couple of weeks, the back pain would ebb and flow. His pediatrician thought it might be a virus, but when additional symptoms of nausea and shortness of breath were detected, additional tests were ordered.

Brandon was diagnosed with Burkitt’s Lymphoma, a relatively rare and aggressive form of non-Hodgkin’s lymphoma. This type of cancer affects the lymph system, which helps to fight off infections within the body. Burkitt’s is a treatable disease, but the tumors can spread quickly, sometimes doubling their size in as little as 18 hours.

Brandon was placed on dialysis for the next four days, clearing his kidneys. Chest tubes were inserted and Brandon started with the first of what was to be six rounds of intense chemotherapy. After many of the sessions, the oxygen levels in his blood dropped sharply.

That’s when he received blood. Transfusions provide an immediate boost in oxygen to the recipient’s system.

“You could really see the difference after he received that transfusion,” said Nikole Townsend, Brandon’s mom. “He would look like a new kid. He went from asleep and tired to alert and talking. Every time we heard he was going to get a transfusion, I was kind of excited because I knew how much better that would make him feel.” 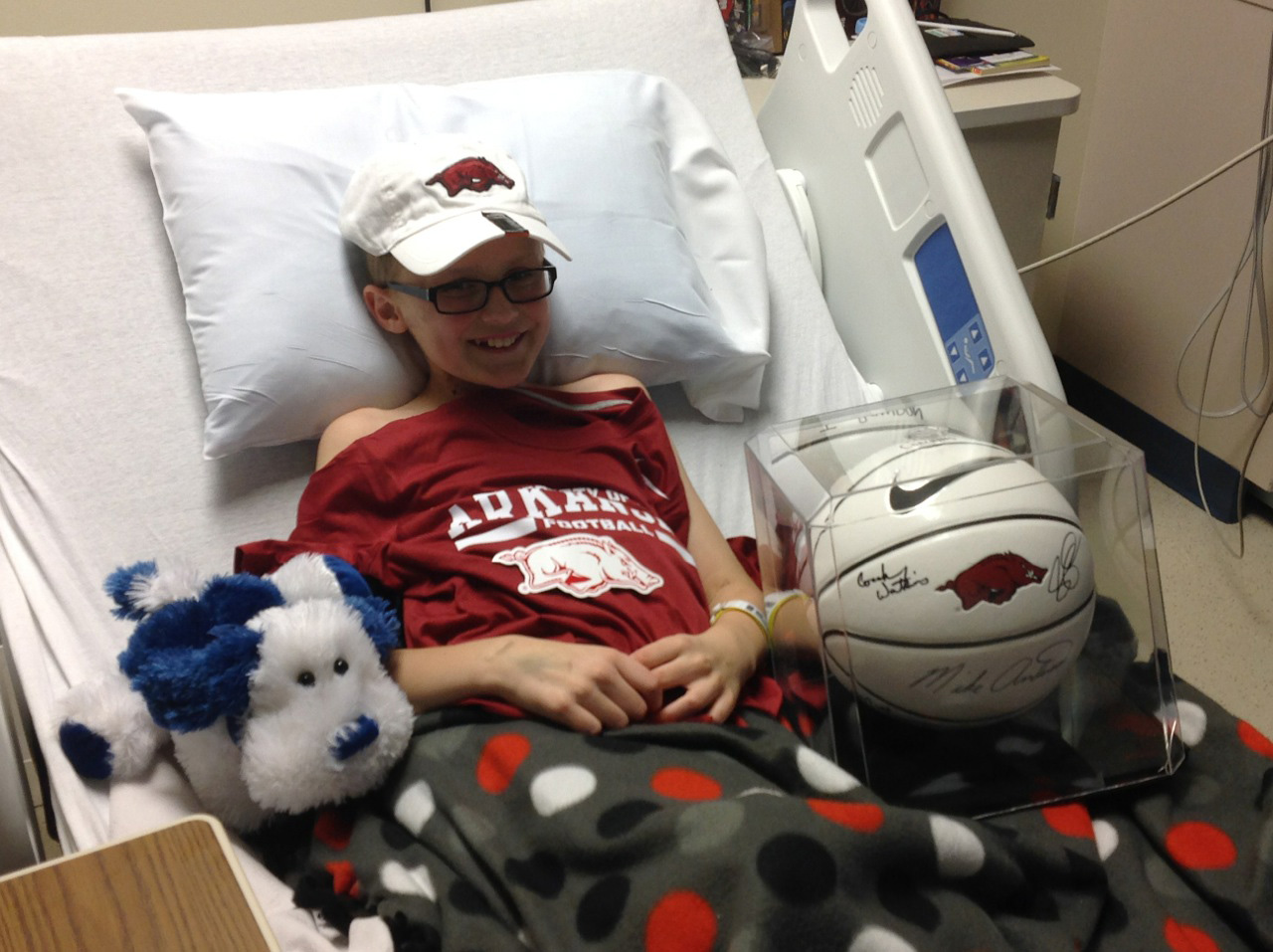 Brandon surrounded himself with reminders of his favorite team when he was in the hospital.

Throughout his treatment, Brandon was one of the bravest kids you would ever see. “He never complained. He always kept a positive attitude,” Nikole said. “And there’s a lot to complain about when you have to spend your whole 10-year-old summer in a hospital fighting cancer. That positive attitude helped him, but I think it helped my husband and me a little more.”

Three months of treatment ended with Brandon being declared cancer-free in September of 2014. He has to go for checkups, but those are dwindling now. Brandon is back to playing basketball, back to school – and back to being his normal everyday self. “It just feels great to see him feeling great,” Nikole said.