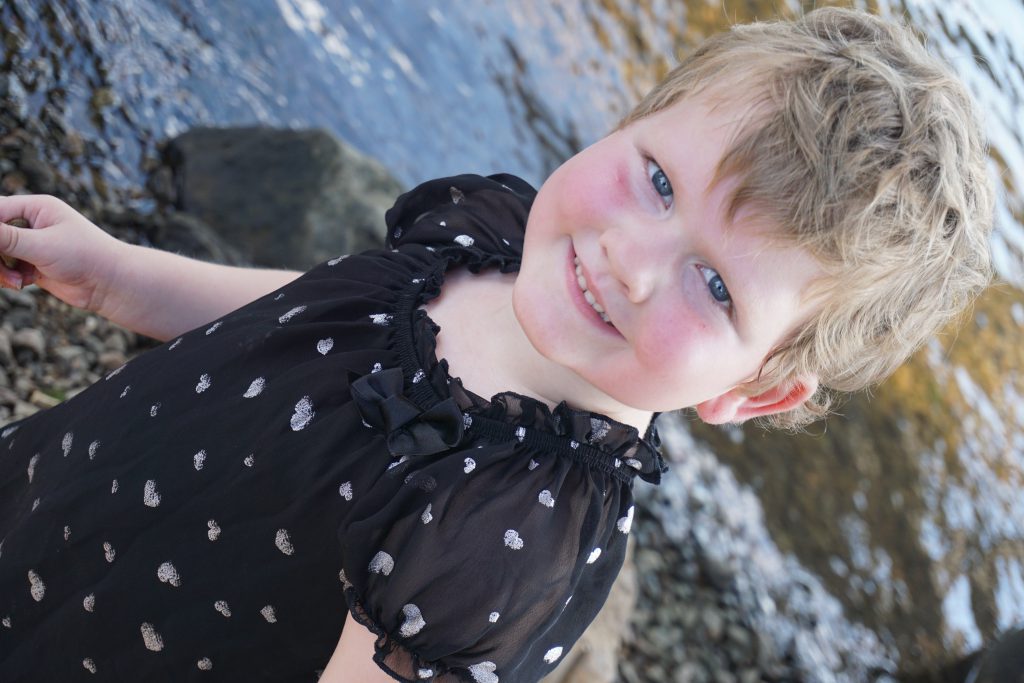 Mia Dalton had always been a very healthy child. But when she was two years old, on a Wednesday, her parents noticed she wasn’t feeling well. After a weekend of feeling lethargic, being pale, bruising easily all over her body, and running a low-grade fever, she visited her doctor. By Monday, she had been diagnosed with acute lymphoblastic leukemia (ALL). That day, March 7, 2016, threw the Dalton family of Kirbyville, Missouri, into a world they never dreamed they’d be part of.

Mia’s body was not making any healthy blood cells. “Her blood, when she was diagnosed, was 98% leukemia blasts,” said Mia’s mother, Jessica Dalton. “Only 2% was healthy blood.” Mia’s physician was eager to get her to the emergency room in Springfield.

“Mia was so exhausted that she couldn’t even lift her head,” said Adam Dalton, Mia’s father. “Her hemoglobin was dangerously low. By the time her blood was ordered and delivered, an ambulance had arrived to take Mia to St. Louis.”

The Daltons were told to pack a suitcase and expect to be gone for a few weeks. This would be the first of many hospital stays splitting their family apart. “We made arrangements for people to take care of our house and our pets. We said goodbye to our threemonth-old son for the first time, and gave our six-year-old a quick explanation of why his healthy sister was now sick. We had to miss his seventh birthday, just three days after her diagnosis,” Adam said.

From Cox Hospital in Springfield, Mia was sent to St. Louis Children’s Hospital, with her worried parents following in their car. While en route, she received her first whole blood transfusion. Those two units of blood came from generous CBCO donors.

Jessica and Adam arrived in St. Louis at mi 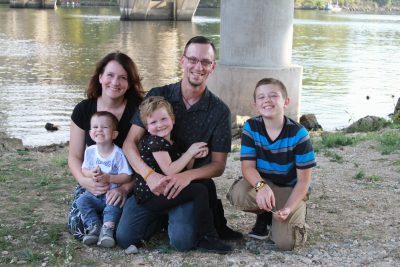 Jessica and Adam Dalton with their children (from left) Jameson, Mia, and Eli.

dnight. After a long drive filled with fear and discussing an unknown future, their spirits were lifted when they saw Mia. “It was a total transformation,” Adam said. “She was sitting up and playing with the nurses. She had color back in her cheeks. She was laughing. Two bags of blood made the difference for her – and for us – that night.” But the healthy blood doesn’t last long when her body can’t produce more.

Less than 24 hours after diagnosis, Mia’s chemotherapy began. “We didn’t even know what kind of leukemia she had yet. It can be fatal within weeks and months,” Jessica said.

After eight days in St. Louis, Mia was transferred to the St. Jude affiliate at Mercy Hospital in Springfield. “It felt like coming home,” Adam said. It may have felt like coming home, but the next five weeks were spent in the hospital. Mia’s third birthday was celebrated in isolation rather than at a party with friends and family. “Anyone that came into our room had to wear gloves, a mask, and a gown,” Adam said. “She couldn’t leave that room. Every time her immune system is weak, she has to be in isolation. It’s really hard to tell a three-year-old she can’t go outside.”

Mia’s doctors told the Daltons that ALL was the “good” cancer “because the protocol has a high survival rate, not because it’s easily beaten,” Adam said.

Mia was in remission after 30 days of treatment. “You go from having cancer to 30 days later, your kid doesn’t have cancer anymore. All of the side effects and scariness are because of the chemo,” Jessica said.

Along with worrying about the threat of relapse, there is the fear that your child will not survive the treatment, Adam said.

Several challenges have erupted along Mia’s journey. She has been hospitalized at least seven times for colds on top of five planned hospital stays. She has undergone 13 spinal taps within seven months. Last March, Mia was airlifted to St. Louis and placed in intensive care due to liver failure caused by chemotherapy. “The majority of blood products that she used happened then,” Jessica said. “She was having two platelet transfusions per day.”

Last Halloween, Mia’s platelets fell to a 3 while her normal number is 300. “If it’s below a 20, the patient needs more,” Adam said. Mia had a fever and bruises all over her body. “After three platelet transfusions, her platelets were at a 2. She actually went down through this phase. After three transfusions, her body was burning throu

gh them so quickly that they weren’t even giving her a chance to heal. After six days in the hospital, four platelet transfusions, and three blood transfusions, Mia’s bruises finally began to heal.”

“Those donors saved her life so many times during that hospital stay,” Jessica said.

Prior to Mia’s illness, Jessica didn’t realize children going through cancer treatments need so much blood. “Before this, I just imagined people who had lost blood in a car accident or something needed blood. I guess I didn’t realize that chemo was so detrimental to the production of blood. We go into clinic and almost every single time we’re there, at least one of those kids is receiving blood.”

Mia is now four years old and in the maintenance phase of her treatment. Her transfusions total more than 50 units of whole blood and platelets. She goes to the hospital every two weeks now for testing. Each night before bed, she takes oral chemo, and she takes steroids. Her parents say she is doing better now than since before her diagnosis. She attends pre-school and dance classes. “She can run. That’s one thing that surprises me after seeing her in bed, pale, and covered in bruises so often in the last year and a half. She’s running. She’ll fall, but she’s not scared of it anymore. She’s trying to do cartwheels. She’s so strong and she looks like such a normal kid,” Jessica said.

Mia’s progress is documented on her Facebook page, Mighty Mia’s Big Adventure, which you may reach by clicking HERE.

The Daltons’ story is not an easy one for them to tell. “Everyone needs to know what these kids go through, but most important is a ‘Thank you’ to you folks, the donors,” Adam said. Blood and platelet donors have played a vital role in Mia’s story. “When her bone marrow was not producing any cells at all, she lived off of their donations. There’s so many times that, had that blood not been available, she wouldn’t be with us today,” Jessica said.

Mia’s maintenance treatment is scheduled to end in July 2018. Once a cancer patient reaches the five-year mark following the completion of treatment, they are considered to be cured. The Dalton family is cautiously optimistic as they look to the future. “In five years, she will be considered cured, and it’s all because of you,” Adam said. “Thank you for giving.” 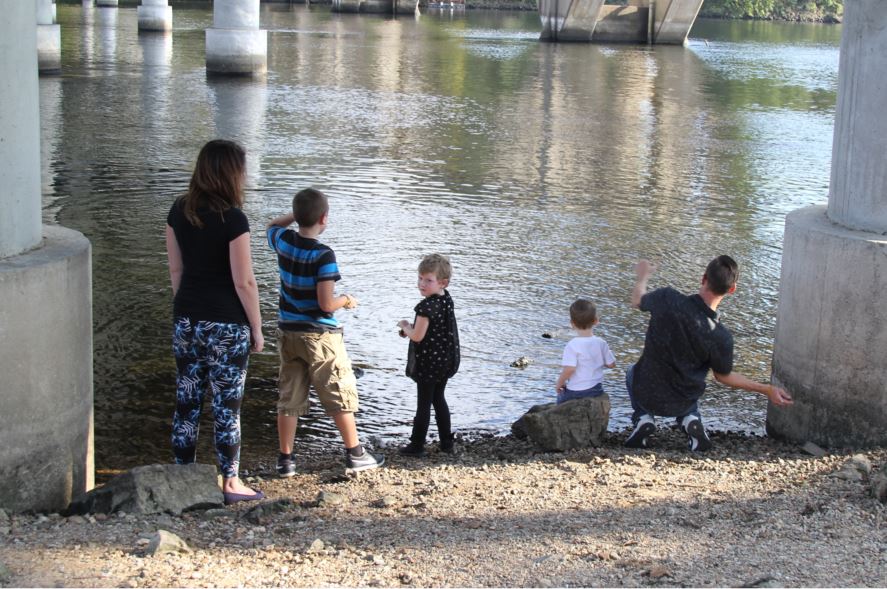