“I’ve been involved in sports and fitness my whole life,” said Dylan Harris, who earned a degree in Exercise and Movement Science at Missouri State University, became a Certified Strength and Conditioning Specialist and a Crossfit coach, and even participated in competitive bodybuilding.

Despite his passion for health and taking excellent care of himself, Dylan became ill in December 2013, at age 24. His symptoms quickly worsened, and in April 2014 a colonoscopy revealed a severe case of ulcerative colitis.

Once diagnosed, the goal was to get Dylan’s illness under control so that he could manage it with medication and diet alone, without surgery. However, his hemoglobin was extremely low, and treatment with several medications had failed to bring him comfort. He was losing blood at an alarming rate and his weight plummeted about 50 lbs. within weeks.

Dylan underwent four surgeries from June to November of 2014. During treatment, he had multiple blood transfusions. “I had two while I was in my hospital room to help keep me stable, and another transfusion in the operating room to try to bring me back to life,” he said. “I believe it was 3 or 4 units. I started to code. It got a little out of control there.”

Prior to receiving a blood transfusion, Dylan was weak and had no color to his skin. “Within an hour or so after a transfusion, I could see and feel a difference.” 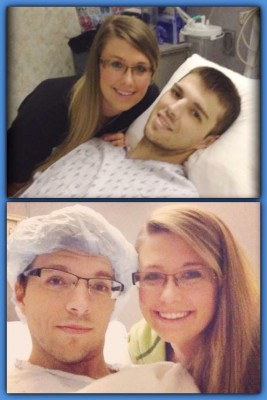 Now 26, Dylan has fully recovered and is doing the things that he loves – teaching his clients weight training and fitness in Springfield. He also married the young lady who stood by him through his illness, although the pair had to delay their wedding one year until he was healthy. “She was a champ. She’s a nurse, so she was able to really help out,” he said.

His life now includes what he calls a new normal. “Nothing is holding me back. I can do all of the activities I used to do,” he said.

Before his illness, Dylan already understood the power of donating blood. In fact, he had donated during blood drives held at his high school in New Madrid, Missouri. Still, what he has lived through has been an eye-opener for him, as far as what the gift of donating blood can really mean.

“If I could meet the donors who gave blood for me, I’d have to give them a big hug and thank them for the difference they’ve made in my life,” said Dylan. 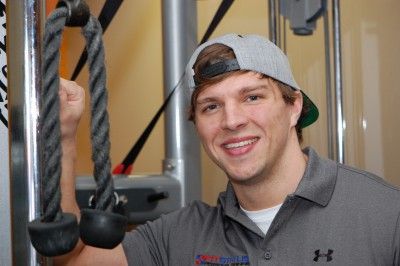 Your blood has the power to help patients like Dylan at the 39 local hospitals where we provide blood and blood products. Click HERE to find a blood drive or CBCO donor center near you.