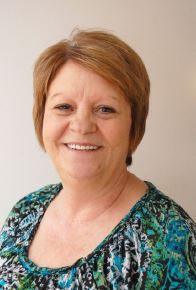 Thanks to blood donors, Darlene Haney was able to spend four additional years with her mother.

Over a four-year period, the Haney family realized early on that a blood transfusion can be a cause for celebration.

When Mabel “Maggie” Haney received her first transfusion for chronic anemia at Citizen’s Memorial Hospital in Bolivar, MO, in October 2009, Maggie’s daughter Darlene began to keep track of the number of the transfusions. “I don’t know why I started counting them. I just did,” Darlene said. Over the next four years, one transfusion became a dozen. That dozen became 40. Many times, Maggie would receive two units of blood during one visit.

It wasn’t long before the number reached 80. By now, receiving blood had become a vital part of Maggie Haney’s life. “The transfusions gave her so much energy; like night and day,” Darlene said. “After a transfusion, her iron levels increased. She got her color back. She got a little feisty, in a good way. We could tell when she needed blood and tell when she had received it. Just the shine in her eyes told you all you needed to know.”

By the time the 100th transfusion rolled around, Maggie had become like a member of the family for her attending staff at CMH. Transfusions became causes for celebration or, at the very least, a time for snacks. “She was always having me make cookies or buy candy for the girls,” Darlene said. “For the 100th donation, we made a cake with a medical theme. At transfusion number 125, we had a pizza party. Mom knew all the girls by name. They took excellent care of her. They became a part of her life and she loved them all.”

Transfusion number 140. At times, during the hours when that liquid of life was dripping into her vein, Maggie wondered who was providing her gift. She even liked to joke around a bit about it. “When her energy levels would stay up for a long time following a transfusion, she would come back in asking for the same blood as last time,” Darlene said. “When I would talk to someone who was a donor, I would wonder if they could be someone that gave for her.” 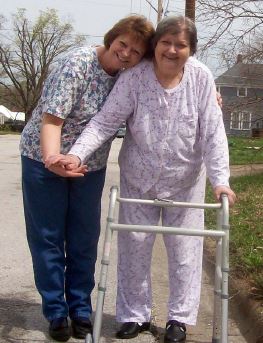 Darlene Haney cherishes some time with her mother, Maggie, in 2012.

Just over four years to the day after she received her first transfusion, Maggie’s life ended in October 2013 at age 81. She had received 169 transfusions during that time.

Darlene wants all of her donors to know that the blood her mother used did not go to waste. “If it was simply a matter of just keeping her alive, we wouldn’t have done it. But she had a good quality of life for most of those last four years. She raised seven kids. She worked in health care, including a hospital ICU, for most of her life. She dedicated so much of her time to helping others. I know that she was appreciative to the blood donors that gave her that extra time. She became a great grandmother six times. I want donors to know that what they provided helped her, and us, immensely. Thank you so much.”

« There’s power inside you
So much to be thankful for »