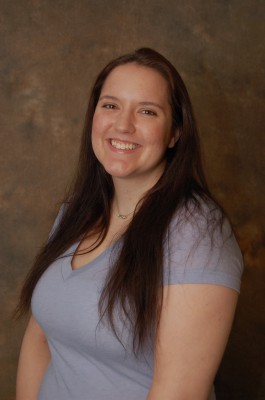 Chelsea Daugherty has become an advocate for blood donation after needing it herself.

Chelsea Daugherty was feeling tired. She wasn’t tired from school or work. This was a different feeling. A visit to the doctor prompted some blood work. That test showed an immune deficiency that would need to be dealt with quickly. Chelsea’s platelet count was less than ten percent of normal levels.She was immediately admitted into the hospital and began a steroid regimen to regain strength and improve her immune system.

The steroid therapy was effective, but short lived. A couple of months later, she received a transfusion of platelets provided by a CBCO apheresis donor. Her condition improved, but not to a level that was acceptable. Doctors recommended that she receive a product called intravenous immunoglobulin, or IVIG. IVIG is a plasma derivative that contains antibodies that provide improvement in patients with immune issues. It’s interesting to note that a single dose of IVIG is made from the antibodies of over 1,000 donors.

Chelsea’s condition improved significantly following the two-day period that she received the transfusion. The therapy raised her platelet levels back to normal. Today she still has to monitor herself on a monthly basis, but she’s hopeful that she can continue to live a fairly normal life. The 23-year-old enjoys video games and reading, and became interested enough in her medical condition to research blood and blood disorders. Although she’s uncertain of her future plans, Chelsea is attending college and thinking about making medical technology a career.

“Blood is your life,” she said. “It’s fascinating to find out more about the lifesaving technology and the different components, but it means that much more when you’re the one that’s benefitting from a donor’s gift.”

If Chelsea could meet the donors that gave for her, she’d have a difficult time holding back tears. “Oh my gosh, I’d probably be crying. Blood donors saved my life. It’s as simple as that. Since my treatment, I’ve tried to become an advocate for donation. I made it the subject of a speech in class recently. I tell people to take a little time out of your day to be selfless and do something for the good of others. Someone’s life depends on what you do. Thank you.”

« Keeping a tally of life
I remember all of it »