Make your appointment now by clicking HERE. The local branch of JustServe is spreading the word to ten local LDS congregations so that members may donate blood at Community Blood Center of the Ozarks on Friday, September 22, 2017. We’ll have T-Shirts for all donors, a drawing for two tickets to the Hughes Brothers Theater […] 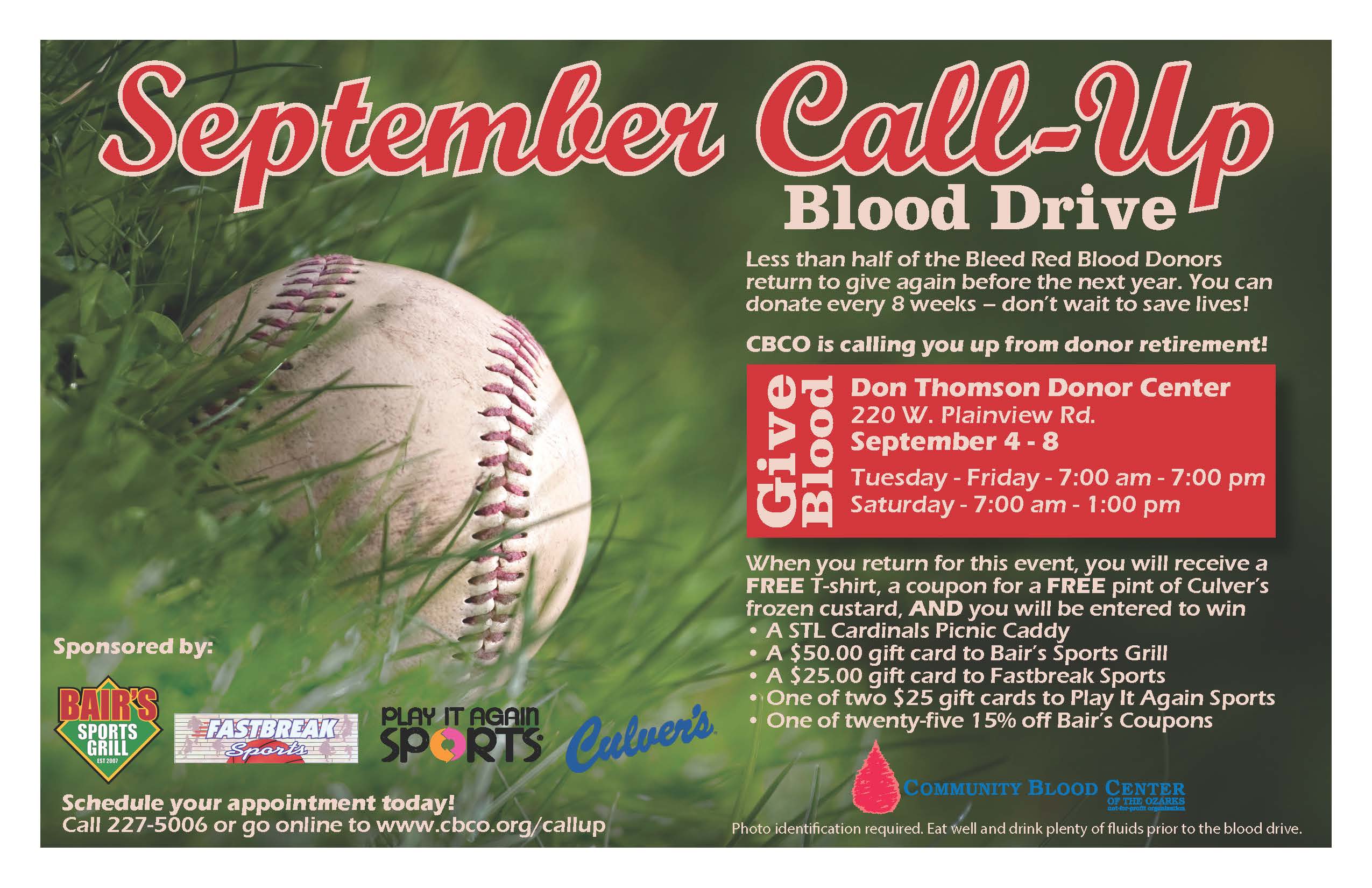 Our Bleed Red Blood Drive was held back in July, and those generous donors will soon be able to give blood again. Did you know that fewer than half of our Bleed Red donors return to donate again before the next Bleed Red event? We would love to see you more often, and give you […]

July 2017 is Ronald McDonald House Charities of the Ozarks month at Community Blood Center of the Ozarks! We’re focusing on each of our 10 non-profit LifePoints Lift partner agencies throughout the year, to help educate the public on the vital work that they each perform. LifePoints and LifePoints Lift When you donate blood at CBCO […]