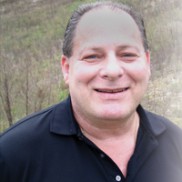 Stuart Horwitz has always been a giver. During his time in the Navy, the fifty-six year old Bella Vista, Arkansas resident spent his time training young men to become responsible adults. “I made children into grownups,” he says with a laugh. In 1976, Horwitz donated blood for the first time. He has lost count of how many times he’s done that good deed, but says that he probably has given around four times each year.

One of the many positive things about donating blood is that you get a good sense of your overall health. Before each donation, your physical condition is checked including blood pressure, pulse, hemoglobin levels and temperature. After over 100 donations, Horwitz knew his physical condition well. But he also knew that something was wrong shortly after visiting CBCO’s Springdale Donor Center in 2006. “I went back to work but felt lightheaded and dizzy, so I went back to the center. They checked my blood pressure again, found it to be low and sat me down to rest and nourish until I felt better.”

Horwitz’s blood pressure was low and the CBCO staff encouraged him to get it checked out by a doctor. Well, encouraged is probably not the right term. “The lady wouldn’t leave me alone,” he says jokingly. “She insisted that I get it checked out. About a week later, I finally did.”

Those tests revealed a problem. A number of arteries to his heart were blocked, some severely. Two days later, Horwitz underwent quintuple bypass surgery. Doctors at Northwest Medical Center used arteries from his arms to replace damaged ones around his heart. He recovered and was released from the hospital four days later.

Almost three years later, Horwitz feels as good as he has in years. He’s made a few healthful lifestyle choices. “I kind of miss cheeseburgers,” he says. “But I’m finding other things that I like.” One of the things that Horwitz finds enjoyable is helping the elderly in his job as a certified dietician at a Rogers healthcare facility. “There’s a big connection now. I can relate to others in pain. I’m kind of like surrogate family for some of the people here. I just want to make them happy.”

Horwitz is thankful for the care shown by a certain donor specialist at the Springdale Donor Center. It played a big part in the opportunity he has been given to live a long and healthy life. “She saved my life. She was genuinely concerned, and I’m thankful that she was. All of your staff is so nice and that’s not always the case everywhere you go. I’ll try to pass along that kindness.”

Giving blood for area patients through CBCO is a welcome gift. Yet donors need to realize they are getting something back. In most cases it’s a good feeling. Sometimes it’s a lot more.

“I can never repay that act of Kindness” »