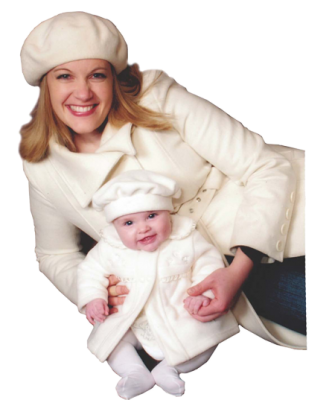 How quickly can the need for blood arise? Just ask Khrista Collins.

Collins, a Springfield nurse, had just experienced the birth of her daughter Sophie in November of 2009. Ten minutes after what she described as a perfect delivery, she felt nauseated and faint. Then she started to bleed.

“The bleeding just didn’t stop,” Khrista recalls. “Very suddenly my blood pressure just bottomed out. The doctors began to transfuse blood into me, squeezing two units at a time so I could receive it more quickly.”

As Khrista floated in and out of consciousness, her husband Jeff stood by her bedside struggling to come to grips with how the joy of childbirth could go so horribly wrong. “I was praying,” he recalls.

“You go from total excitement to total aloneness. I kept wondering if on the same day I would be a dad, I would also become a widower.”

Doctors decided that an emergency hysterectomy was the only alternative left to stop the bleeding. But she was losing blood so quickly that the medical staff didn’t even know whether she could be wheeled thirty-five feet into surgery without slipping away.

“During surgery I was coded,” Khrista said. “My vital signs flat-lined. The doctor said he had never brought someone back from the condition I was in on that table. Somehow they brought me back.”

In a fourteen hour period that began less than an hour after the birth of her daughter, Khrista Collins used an amazing twenty-eight units of blood, all provided by donors to Community Blood Center of the Ozarks.

“Knowing that I got so much, I’m just so thankful that the blood was available when I needed it,” Khrista said. “It’s amazing to think that I’ve only got around 12 units of blood in me, yet I received twenty-eight. Doctors told me after the ordeal that I had about a five percent chance of survival. It’s pretty humbling to know that people donated and because they did, I’m alive.”

Khrista’s husband Jeff believes that he saw a miracle that day. “The doctors were so humble. They said they did all they could, but it ended up being something more that helped her. I’m so thankful to blood donors that gave of themselves and with it allowed an opportunity for a miracle to happen.”

Today, Khrista has made a full recovery. Sophie is happy and healthy. Khrista and Jeff believe they have been blessed to get a second chance. “Because of what we went through, we both are much more appreciative and thankful for life,” Khrista said. “You never expect that you’re going to need blood. Life is so fragile and out of our control, you never know what each day may bring. As a result, I am determined to live life to the fullest, focus on the things that matter most. Thank you so much. Thanks for letting me be a mommy.”