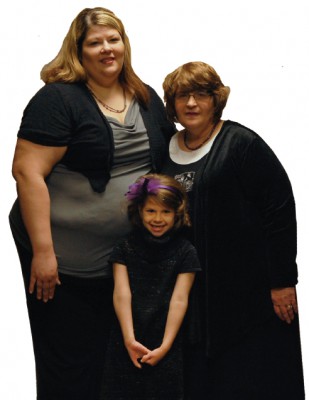 A Missouri mom rededicates herself to donating blood after her newborn daughter and her mother required transfusions to survive.

Rebecca Wasser is not shy about it.

“Everyone I see, I ask them to go donate blood,” said the mother of three, who even recruited her father-in-law, a much sought-after O Negative blood type. “I’ve rededicated myself and it’s become my mission.”

Rebecca, of Nixa, Missouri, had donated a couple of times years ago, but it hadn’t become a habit. The simple act of giving blood became a high priority in her life after both her daughter and her mother needed blood transfusions.

“When your loved one is getting a blood transfusion, you don’t even think about where that blood comes from,” Rebecca said. “It hit me a couple years later.”

“You saved our daughter’s life.”

The pregnancy had been stressful. Two car wrecks that weren’t their fault, one of which involving she and husband Kevin being hit by a drunken driver. Then Rebecca developed preeclampsia and high blood pressure. She was hospitalized and put on bed rest for the remainder of her pregnancy.

The baby was monitored during Rebecca’s hospital stay, with doctors hoping to avoid premature birth. The goal was to reach that critical 32-week mark for a better chance of survival.

“I could feel her moving and kicking and I could feel hiccups,” Rebecca said. “I was scared to death that being born that early, she wouldn’t survive.”

An ultrasound at 30 weeks gestation revealed that the baby was not moving. Unable to wait for the 32-week point, Kemily Wasser was delivered via emergency cesarean section December 24, 2008, weighing just 3 lbs. and 1 oz.

“I had a couple seconds for my husband to flash a picture, and then they took her,” said Rebecca, who was not allowed to touch her newborn. “They told me her skin was so fragile that my skin against hers felt like sandpaper rubbing up against her.”

Kemily suffered from Patent Ductus Arteriosus, a hole in the aorta. She was placed on a ventilator while doctors tried several methods to close the hole in her heart.

“She ended up getting respiratory infections. She had blood pooling in her lungs.”

Successful surgery to close the PDA took place January 4, 2009. Rebecca begged the doctor for the chance to hold her daughter for the first time, and was finally allowed to do so the night before surgery.

After 10 weeks in the 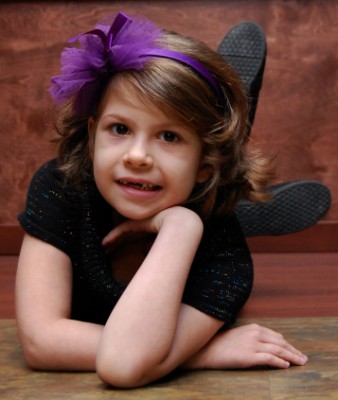 Neonatal Intensive Care Unit at Mercy Hospital in Springfield, Kemily joined her family at home March 3, 2009. During her stay, she had three blood transfusions, from CBCO donors.

“You could see the difference,” Rebecca said. “You could tell she had a blood transfusion. She looked healthier. Her skin was healthy and pink. She looked beautiful.”

Today, Kemily is a healthy six-year-old who attends kindergarten; enjoys playing outside with brothers Aaron, 10, and Treven, 3; and gets a kick out of dressing up.

“We call her our little angel,” said Rebecca’s mother, Denise Kuhs, of nearby Galena, Missouri. “My husband and I both realize she would not be here without the medical support, the blood, and everything they did for her. She was a pretty sick little girl.”

“You saved my mother’s life.”

Two years after Kemily’s birth, the family faced the unknown, once again. Denise was diagnosed with leiomyosarcoma, a rare and aggressive form of cancer.

“I was recovering from a breast biopsy, which was negative, when I was walking into the house, tripped, and fell,” Denise said. A few weeks later, in June 2010, she noticed a small lump and assumed it happened in the fall. At a check-up in November, Denise’s physician took a look and ran an MRI. 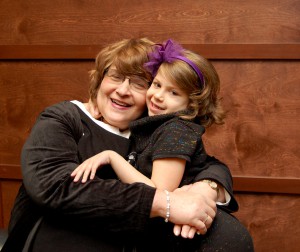 A biopsy was performed in December confirming the diagnosis, followed by radiation at Skaggs Hospital (now Cox Branson) in January and February of 2011.

Denise required nine transfusions, beginning about half-way through her radiation treatments, and ending with surgery to remove the mass in March 2011 at CoxSouth in Springfield.

“They had to remove the whole large muscle grouping, the whole quad on her thigh,” Rebecca said. “It took her ability to walk well on the floor. She can’t hold a position and work as a nurse on the floor anymore, so she does a desk job now.”

Though she does have limitations and tires easily, Denise is doing well.

“Because the cancer was rare and aggressive, I have checks every six months,” she said. She is back at work in healthcare in Springfield and enjoys her four children and six grandchildren.

With her rededication to saving lives, you might see Rebecca donating blood at CBCO’s Thomson Donor Center in Springfield. “I had given at a blood drive before, but this is a bigger place. More room. I’ve always got my kids with me, and this is more convenient,” she said.

Blood donors may not realize their importance in our community, Rebecca said, but it’s important for her family to let them know about the difference they have made.

“You saved our daughter’s life. You saved my mother’s life. You don’t realize that that little sacrifices you make can affect so many people,” Rebecca said. “Thank you.”

Denise echoed her daughter’s sentiments. “I thank the Lord every day there are people who are out there, willing to give blood.” 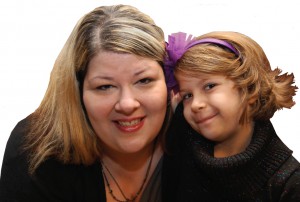