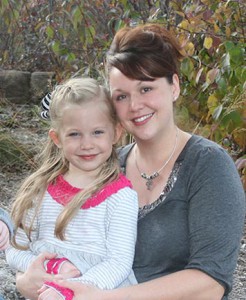 At some point in our lives, we will be tested. Our healing power, resolve and faith will be taken to task. Sam and Annie Fleury’s exam came to them on a spring day in 2011. Annie underwent a routine surgery to remove her gall bladder and fix a hernia. But later that evening, she felt that something wasn’t right.

Just hours after the surgery, Annie’s blood pressure began to fall. At the same time, pain not associated with the surgery began to increase. An examination showed that she was experiencing internal bleeding.

“She was in such pain,” recalls Sam, a community relations specialist at Columbia College in Osage Beach. “She was slipping in and out of consciousness and went into shock. She recalls feeling so much pain that it was beyond words and then all of sudden felt nothing, not even the multiple attempts to place a central line in her collapsed vein.”

During an emergency surgery, doctors extracted about six units of blood from her abdomen. Although they were able to stabilize her for a while, they could not find the source of the bleeding. The bleeding continued and the dangers escalated. “At one point, they had ten to twelve doctors, nurses and staff working on her at the same time,” Sam explained. “She had little or no blood pressure at times, so they kept transfusing blood into her while they searched for answers. They were pumping blood in, but it was coming out just as quickly.”

In an eighteen-hour period, Annie Fleury was transfused sixteen units of blood.

After three surgeries, doctors finally located and repaired the problem. It was a close call; Annie was near death more than once. Despite the crisis, Sam never lost hope. “I know that Annie is amazingly strong. I just had a hard time believing that this was going to stop her. I credit Annie and the medical staff, certainly, but also the prayers and well wishes that were coming our way from friends and family.”

These days you’ll find Annie very busy homeschooling her two children. She realizes the second chance that she’s been given, and the important role blood donors played. “It’s always amazing to me to think about how many strangers saved my life,” she said. “When you donate, you will probably never know who you helped, but one thing is for sure; you help more than just the person receiving the donation. My son and my daughter got to keep their mommy and we never take one moment for granted. In a tragic moment it is so easy to think about what is going wrong, but because of donors, a lot went right!”

Sam began to repay the kindness shown to his family by serving as a volunteer coordinator for blood drives at Columbia College. He’s personalized blood donation to staff and students there and he doesn’t plan to quit anytime soon.

“At Columbia College, we like to refer to moments of great importance as generational pivots; sort of a fork in the road. One path leads to learning, enlightenment or, in our case, life itself. Blood donors helped us take the right path. Annie has the heart of a warrior. I’m so thankful that donors gave us the chance to keep our family together, for all the great things that are yet to come.”

« A Promise Kept
There’s power inside you »